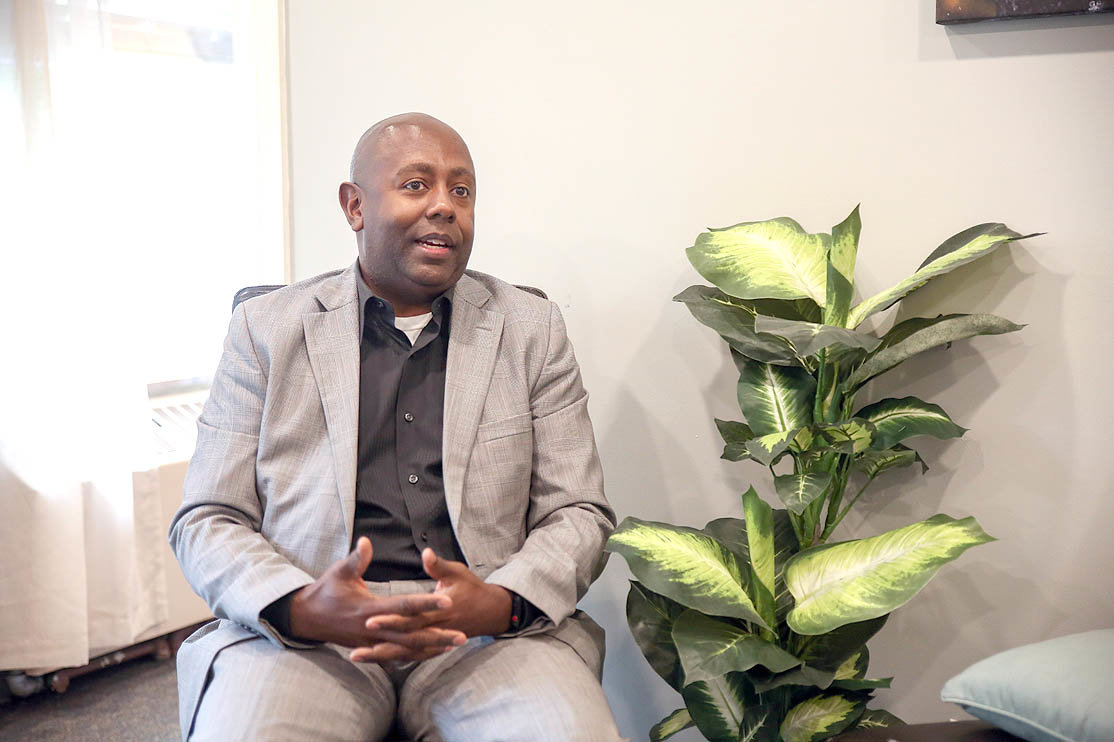 NATE TUCKER speaks with Cleveland Daily Banner reporters in his office at Lee University, where he serves as IT director. Tucker, who ran unopposed in last Thursday's election, will succeed Steve Morgan for Cleveland Board of Education At-Large seat.

With 5,049 votes, the unopposed Nate Tucker is preparing to succeed Steve Morgan in the at-large seat on the Cleveland City Schools Board of Education.

A native of Washington, D.C., Tucker grew up attending public schools in a neighborhood just two miles from the heart of the nation’s capital. Tucker is one of six children and he came to Tennessee in the 1990s to attend college.

He transferred to Lee University where he currently serves as the director of IT systems. He later returned to school at the University of Tennessee-Chattanooga for his masters in business administration, which he received in 2008.

He said he hopes to bring his knowledge and expertise in technology to Cleveland City Schools as the district makes efforts to expand WiFi access across the city and county.

Tucker helped Lee University launch its website in 1997, and said today he works on “a plethora of other things,” like website and application development for the university.

A father of two girls, Tucker’s children are enrolled in Cleveland City Schools at Stuart Elementary. In the past, he has served as president of the Parent-Teacher Organization, where he and his wife learned about the “ins and outs” of the school system and further participated in committees.

Tucker also experienced the rezoning of Cleveland City Schools after the construction of Candy’s Creek Elementary School, which he said felt like a “smooth” transition. He added that he felt the “logical” approach the administration took was appropriate for the massive undertaking of rezoning an entire school district.

Tucker said he’s “always been an advocate for education” and is looking forward to bringing his background and eagerness to learn to the board.

Last Monday marked the final meeting for At-Large board member Steve Morgan, who had served on the school board for 12 years.

He joined the board in 2008 after his wife’s uncle (the late Max Carroll) announced he would not seek re-election and encouraged Morgan to run for the office.

Morgan described his family’s involvement in education as a “family business” of over three decades, and said his leaving of the board marked an end of a 37-year era.

Tucker said Morgan and his family leave a “huge legacy,” but said in speaking with Morgan, he told him, “I intend to make him proud and continue the great work that he and his family have done over the years.”